According to the Census 2011, there are 13.7 million slum households across 63% of India’s towns. The residents of these households include migrants, half of them being among the poorest of the poor. More than eight million children under 6 years live in approximately 49,000 slums. There are 22.72 million children (age group 5-18) living in urban slums who are out of school.*

From many families’ generations to generations no one has ever gone to a School. Our children of the slum are the ones who sells balloons, masks, books, flowers etc on traffic signals, some of them are the children of household’s maids, rikshaw drivers, sweepers etc. Imagine what kind of an environment our kids are coming from. Not only unhygienic but unsafe a life full of struggles.

The migrant population in India is mostly illiterate and constantly on the move, in search of new livelihood opportunities. Migrant children move with their parents and often lose out on ageappropriate educational opportunities. Often they engage in labor to escape poverty and support their parents.

Access to early childhood care, balanced nutrition, education, health, and recreational facilities are keys to the positive development of children. However, in places where clean drinking water
and two square meals are a struggle, slum children’s education, health and other contributing factors for development always takes a backseat. 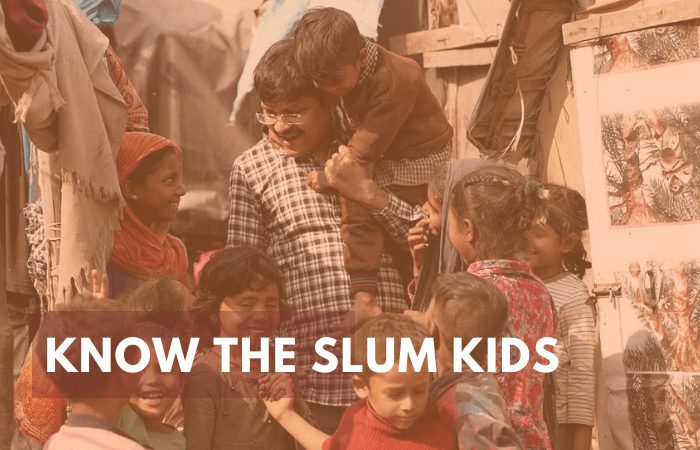 Our values lay the foundation for what VOICE OF SLUM cares about most. It provides a common purpose for us to work in a sustainable manner without compromising our values. We have a ZERO TOLERANCE policy for our values.

HONESTY: Voice of India is built on high levels of integrity and we are committed towards transparent and fair practices.

Public Responsibility: Voice of India works for the greater good of India and is committed to public interest especially for the slum children.

Empowerment: is enhancing the capacity of children of slums, to be unleashed for the benefit of communities and our world.

Ethics & compliance: We do not take or receive bribe in any form and are 100% compliant organization.

Respect: Respect for the individual means more than just smiling and being polite. It means that every person is of equal value

Holistic Development of Children: We believe in creating an eco-system of slum children in promoting holistic development of children through social, emotional, and academic abilities in a child so that he/she is capable of facing the demands and challenges of life.

Our approach is modeled around bringing change at all levels. We focus on changing behaviors and practices at the grassroots level – thereby ensuring our slum children are sustained in schools and continuing education.

Need Identification: Identifying slums, assessing their needs, and identifying challenges and response mechanisms is the base of all our projects.

Engaging with stakeholders: Advocacy meetings – are carried out with local and district Government officials, parents, teachers, schools, donors, and other key stakeholders.

Monitoring: Tracking the growth of every single child ensures us no child is leaving school and completes education. 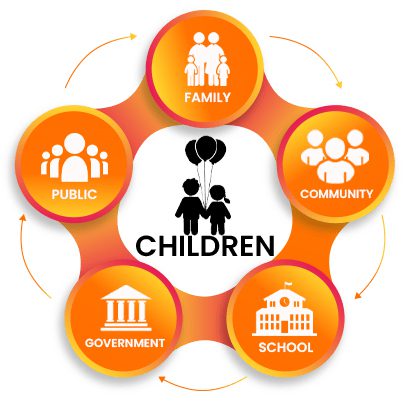 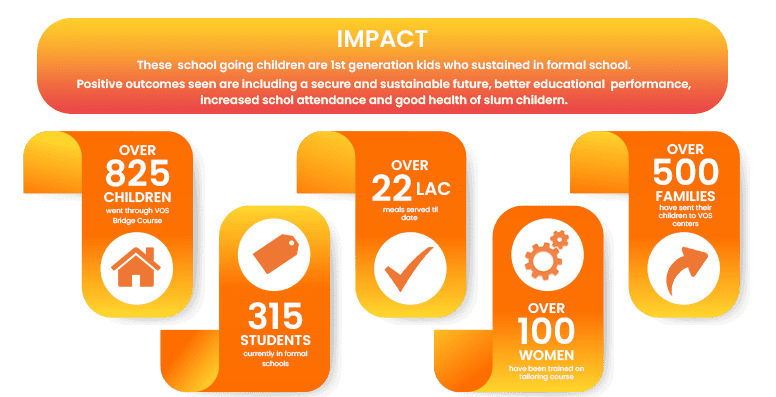